Main objective and role of e-signature in the global environment 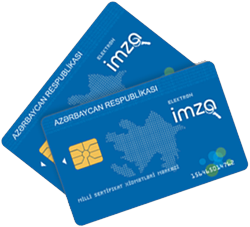 The issue of information security of computer technologies in the developing world has emerged as an increasingly important problem. Protecting the security of information transmitted during the exchange of information is a very important issue. When  carrying out various operations with government agencies secure networks are becoming more widespread in regard to not to allow third-party to seize  citizens’ personal data. Moreover, during the implementation of electronic transactions in order to be sure of the identity of the citizen is of  great  importance as a security issue. All the above-mentioned reveals the importance of the electronic signature.

Currently, countries that have implemented electronic signature are considered to be more advanced than others and such countries are developing more dynamically.

E-signature which is considered today one of  main attributes  of e-government is being  successfully applied in Azerbaijan. After the adoption of the law of the Republic of Azerbaijan “On electronic signature and electronic document”  the implementation of  e-signature  was entrusted to the Ministry of Communications and Information Technologies as  a central executive body.

Pursuant to the current Decree the main task of currently operating  Certificate Services Centre as a Supreme Authority  is  to carry out supervisory  function and  verify their operating in accordance with the legislation of the  republic of Azerbaijan, and the use  of correct  software  version and so on.
Officially launched  in September 2011 , the Center began  providing services to different strata of the population, that is, ordinary citizens, legal entities and individuals engaged in entrepreneurial activities  as well as civil servants. Registration Centers  have been organized in major central post offices and branches of Baku city, as well as post offices in the country’s regions.

www.e-imza.az  website was created by the center’s specialists to provide e-signature services to citizens promptly  and answer their questions. In addition to the activities of the  center, citizens can obtain detailed information on  how to use electronic signature, various manuals, as well as their certificates through the site.

Today, the use of electronic signature and provision of e-services in  the country’s public authorities will accelerate our country’s integration into the world information system and Europe in the future.